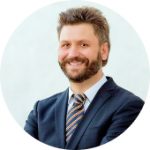 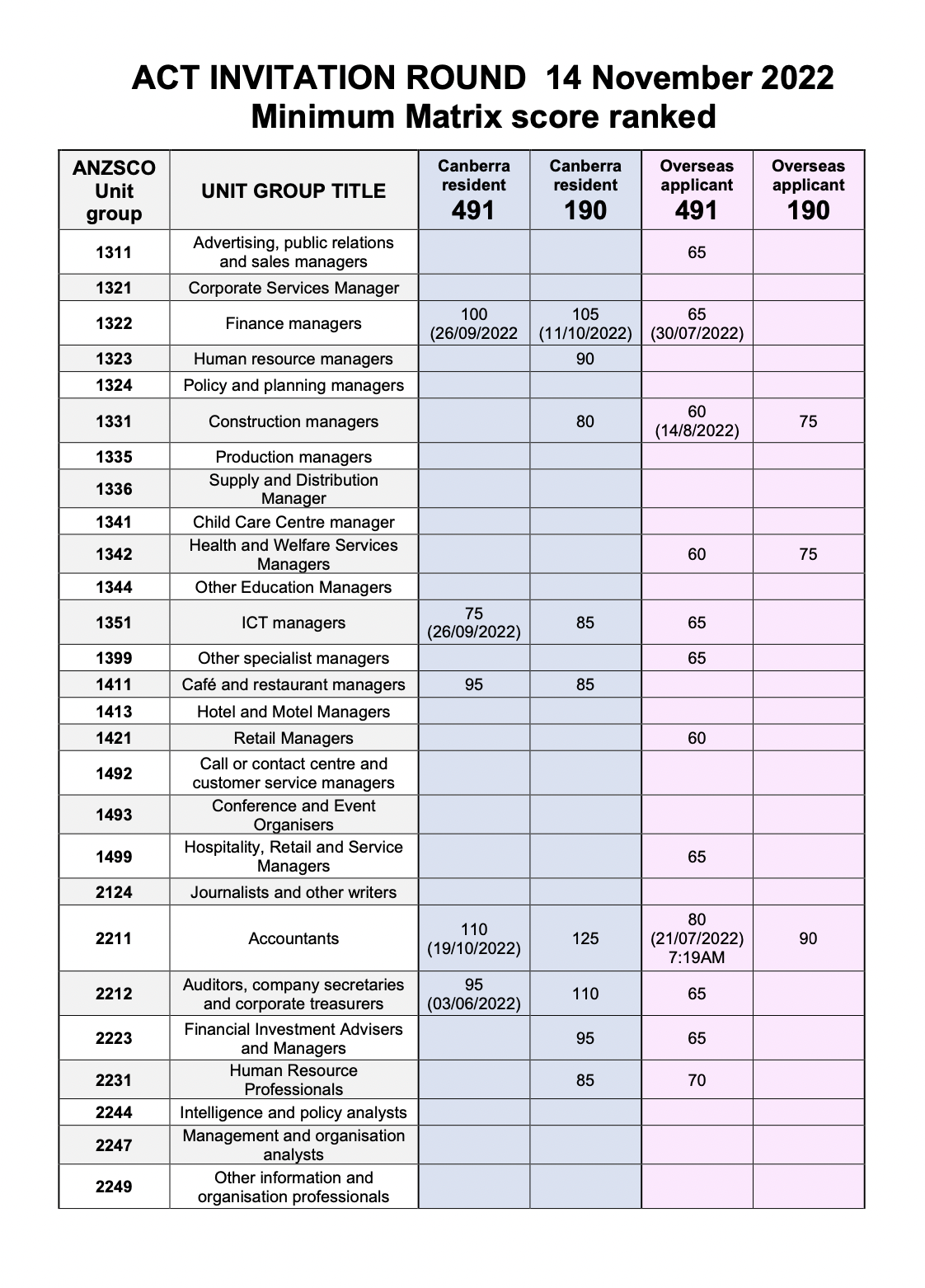 Canberra Matrix Invitation Round from 14 November 2022

The ACT has a capped number of nomination places available each month (pro-rata against the annual allocation). The highest ranked Matrix in each occupation were invited to apply for ACT nomination. The cut‑off for selection was set by the remaining monthly allocation, the date and time of Matrix submission, occupation cap and demand. The rank of the Matrix score was driven by the demand for an occupation. The greater the demand, the higher the rank of the Matrix score. The minimum ranking score is an indication only and not a guarantee that an invitation was issued. 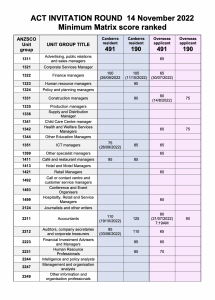 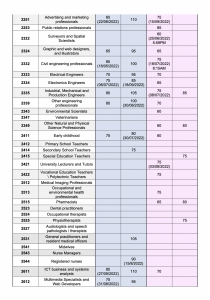